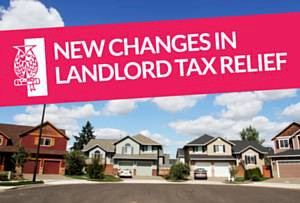 The changes, which will mean that landlords will be taxed on turnover and not profit, target smaller mortgaged landlords only.

The RLA is seeking advice as to whether the new regime will be a breach of the Human Rights Act and European Union Law on free movement of capital.

Its action is separate from that of two landlords, Chris Cooper and Steve Bolton, who crowd-funded to raise money to fund a judicial review.

The RLA is known to have a war chest of its own to fight such battles, should the need arise.

The organisation has also hit out at the Government, saying that its policies are encouraging foreign property investors.

The 3% Stamp Duty Land Tax surcharge announced in the Autumn Statement will, like the tax change on mortgage interest, also be levied against small landlords. While  smaller buy-to-let purchasers will have to pay the surcharge, those buying 15 or more properties in a single deal will be exempt.

The RLA said that this would favour larger investors, “many of whom are likely to be from overseas”.

RLA chairman Alan Ward said: “It is astonishing that a Conservative Chancellor is leaving the way open for foreign investors and cutting opportunities for individual UK landlords.

“The Chancellor’s planned changes to Stamp Duty came as a bolt out of the blue.

“Regardless of the Government’s plans for home ownership, demand for rented housing is only set to increase.

“The Government needs to understand that not everyone will be able to afford to buy a house or indeed want to, even if more houses are built.

“Its whole policy towards the private rented sector needs to change.

“If it does not, it will only make the housing crisis worse.”

* Separately, the chair of the Treasury Select Committee yesterday asked the Chancellor if the Stamp Duty surcharge would help or inhibit mobility in the jobs world.

Osborne replied: “I think that it will help to promote home ownership, because it will mean that there is a more level playing field between an owner-occupier who wants to buy a house, a first-time buying family and a buy-to-let landlord.

“There is nothing wrong with people investing in property, but there should be a level playing field so that we reverse the decline in home ownership in our country.”