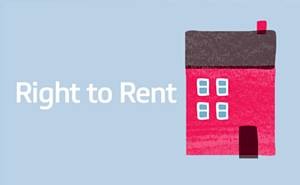 The roll-out across the whole of England is scheduled for exactly two weeks from today.

But Smith, policy director for the Residential Landlords Association and partner at law firm Anthony Gold, says the scheme is untested and not ready for a national launch.

He has made his call after an early day motion by Lib Dem leader Tim Farron.

The early day motion, which at the weekend had attracted only 38 signatures of support – mainly from the Scottish National Party – calls for the order for the commencement of the roll-out of Right to Rent to be annulled.

Smith, who also writes on legal matters for EYE, said he supported the early day motion “as an opportunity to provide more thorough, larger scale evaluation” of the impact of the scheme.

Right to Rent has been trialled in the west midlands for just over a year, but Smith said that it had produced little data, which was at best contradictory.

At worse, he said it showed Right to Rent was not achieving what the Government wanted and was leading to discrimination.

The Government’s own review of the west midlands pilot noted “limited evidence” that illegal migrants’ access to the private rented sector was being restricted.

An earlier study, by the Joint Council for the Welfare of Immigrants, found that 44% of tenants in the pilot area had not been asked for identity documents.

Speaking for the RLA, Smith said: “To proceed at this stage runs the very real risk of causing considerable harm to the relationship between landlords and tenants which are so crucial to the smooth operation of the private rented sector"