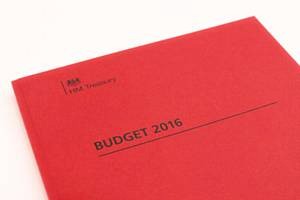 The previously announced 3% Stamp Duty surcharge on the purchases of second properties will go ahead on April 1, with three main changes from the original proposals.

There will be no exemptions for larger investors – previously, it had been proposed that those buying 15 properties in one deal would be exempt.

The second change is that people who buy a second property as their home before selling their first, will have a longer window in which to dispose of their first home.

A timeframe of 18 months has been replaced by 36 months. The Treasury said that this would now be the time at which a refund could be claimed.

The third important change is that husbands and wives living apart, and intending to remain living apart, will no longer be treated as a single unit. That means that separating couples will not be faced with an extra Stamp Duty bill should one of them buy a home.

The Treasury has also clarified the position of probate properties, typically left to children in the family.

It said that where someone owned less than half of an inherited property, this would not be considered as an additional property subject to the surcharge.

Yesterday’s Budget emphasised that Capital Gains Tax is being reduced from April 6 – down from 28% to 20% in the higher band, and from 18% to 10% in the basic rate.

However, there will be an 8% surcharge applied to the sale of residential properties being sold by landlords – meaning that what they pay will stay the same as now.

David Cox, managing director of ARLA, said: “This is now the third Budget which directly attacks landlords. The sector has been punitively taxed, with Stamp Duty on buy-to-let properties, mortgage interest relief and now Capital Gains Tax changes [which benefit others but not landlords].

“It’s an outright assault on the sector.

“Every other sector has been offered a tax break – yet there is nothing here to help the private rented sector, including landlords – and most importantly tenants – who will see rent costs rise to subsidise the taxes that landlords pay on property.

“The Government talks about wanting to help the younger generation get on to the property ladder, but with the changes announced today the supply of available property is bound to decrease, and as a result rents will rise.

“In November, when Mr Osborne announced an increase in Stamp Duty tax on buy-to-let properties, we described this as a catastrophic move.

“The news that larger investors will also have to pay the tax is even worse.

“Professional landlords play a vital role in providing rental stock to the market, and providing the army of renters we have in this country with housing.

“Our members forecast that the supply of BTL properties will dwindle when the new tax comes in to effect.

“We’re already in a position where demand outstrips supply, and as supply falls, rent costs rise, meaning the goal of home-ownership falls even further out of reach for most of the country’s renters.”

The Budget has introduced a Lifetime ISA, allowing people under 40 to save up to £4,000 a year, with the Government topping up the pot by another 25% annually until savers are 50.

They will be able to use the money to buy a house or for their retirement.