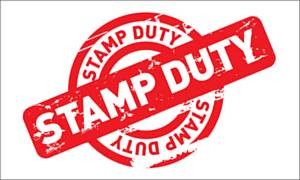 Also, more individuals appear to have turned themselves into companies in order to be exempt from an earlier clampdown announced by George Osborne last year.

According to specialist broker Mortgages for Business, limited companies accounted for 43% of all buy-to-let cases in January – up from 38% at the start of the year.

Overall buy-to-let applications were up 27% in January from the month before.

From April 1, a 3% Stamp Duty Land Tax surcharge will be levied on the purchasers of second homes, including buy-to-let properties.

Also looming is the start of the phased introduction by which landlords’ ability to offset mortgage interest against tax is to be cut to the lowest rate. However, buy-to-let companies will be exempt from this.

David Whittaker, managing director of Mortgages for Business, said: “Landlords have woken up to the fact that transacting via a corporate vehicle is a feasible option, and in many cases, the most prudent route going forward.

“I wouldn’t be surprised if the percentage continues to rise as landlords, especially those paying the higher tax rate, prepare for the forthcoming changes to relief on finance costs.”

The total number of buy-to-let mortgage applications (made by both individuals and limited companies) rose by 27% in January compared to December 2015.