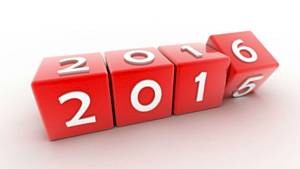 Well, it’s an exceptionally busy sporting year. Main events include the football Euro championships in France in June/July, Rio Olympics in August, Paralympics after in September, Ryder cup at the end of September plus the ‘lesser known' sporting world championships including the inaugural World Urban Games, World Rowing Champs, Fina World Swimming Champs and the 2nd holding of the Invictus Games in May in Orlando.

So what has that to do with the housing market? Well the market reacts to outside influences and people buy when they have more time and little else is going on. In 2015 the Election had a major effect and threw all the timings out for the year. So a major sporting even can have a similar effect, although shorter and to a lesser degree. For example, if England (or another of the home countries to have qualified) do well then viewings numbers could go down when the games are on. The weather also has a major impact on viewings. If it runs cold and all this rain becomes snow then there will be some places inaccessible. That is on top of all the flooding that has happened already having the same result.

So a busy year with Stamp Duty changes in April (read our more extensive report on this)  and you can add to the mix that it’s a Leap Year, so an extra day for selling with ring sales also possibly up!